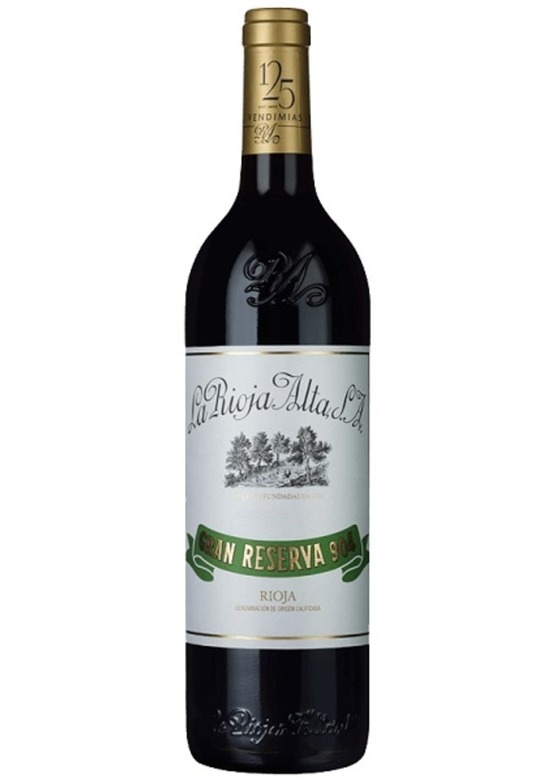 Produced in only the best years, released ready to drink yet capable of further ageing for decades, it is a complex and very fine wine that always rewards loyalty, as its value often soars through the passage of time. The 2009 was superb, and the 2010 looks even better, if critics are to be believed. The Wine Advocates Luis Gutierrez awarded it 96+ and Tim Atkin MW, 97. This is not surprising, as the 2010 growing season, amazing in every corner of Europe, seems to have weaved its magic in Rioja also.

Decanter magazine notes that... "This excellent vintage has the potential to stand alongside 2005. The vintage is also benefiting from Riojas decision to reduce yields by 10% for reds, 5% for whites in order to improve quality. The weather throughout was very favourable. [] Marcos Eguren, whose eponymous family group owns six wineries in Rioja, says it shows the balance, structure and freshness for long ageing."

Whereas, according to Jancis Robinson MW, reflected the 2010 vintage in Spain was... "Exceptional for Ribera del Duero with no excessive weather patterns, uniform ripeness and quality as promising as 2004. Good quality in Rioja also, considered better than 2009."

WINE CRITIC SCORES:
"It seems like yesterday when the superb 2001 was released, and now I already have the 2010 Gran Reserva 904 in my glass. It has to be among the greatest modern time vintages of this mythical bottling, where they aim for a wine that has a long aging potential. This is mostly Tempranillo with 10% Graciano and 13.5% alcohol, and it matured in fourth-used American oak barrels for four years, during which time the wine was racked every six months. It has the combination of elegance and power only the best vintages are capable of, with the classical aromas, great detail and nuance, very good balance and persistence. They consider 2010 among the best years of this century, and maybe future generations will talk about 2010 like we talk about the great classical vintages of yesterday today. The palate is polished but shows plenty of energy and tension, the tannins are very fine and elegant, and the flavors are focused and clean. This has to be one of the greatest wines from the vintage. A legend in the making. 150,000 bottles produced. It was bottled in July 2015." 96+, Luis Gutierrez, robertparker.com

"A step up on the memorable 2009, this shows just how special the 2010 vintage was. Marrying fruit from Briñas, Villalba and Rodezno, it's a perfectly judged marriage of Tempranillo with 10% Graciano. Savoury wild herb notes segue into a palate that's focused, balanced and graceful with the concentration and backbone to age. 2019-35" 97 points, Tim Atkin MW

*Under Bond
Under Bond prices exclude UK duty and VAT, which is payable at the prevailing rate upon delivery from bond. For more information about buying wines 'Under Bond', please take a look at our helpful guide.