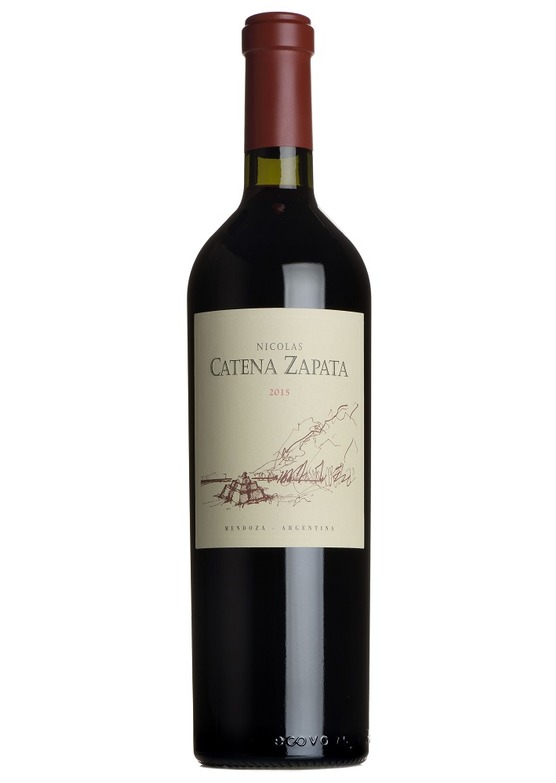 With its inaugural 1997 vintage, Nicolás Catena Zapata became the first luxury cuvée from Argentina to be exported around the world. The wine recreates the Original Bordeaux Blend of the 18th and 19th Centuries, when Malbec dominated over Merlot and was in equal standing to Cabernet Sauvignon in the Médoc. Prephylloxeric Malbec and Cabernet Sauvignon massale selections of ungrafted vines give rise to this wine, opening a window to the past from the mountain vineyards of Mendoza, Argentina. It's considered Argentina's first "Grand Vin".

Critic's Review:
"Bright ruby-red. Pungent aromas of cassis, blackberry, herbs and grapefruit are pure and unadorned. Juicy and stylish in a European style, conveying an impression of delicacy and terrific penetration. This is sweeter and suppler than the 2015 Nicasia Vineyard Malbec but I'm not sure that it's deeper. Finishes with a powerful spine, strong supporting acidity and terrific length. 2022-2029" 94 points, Vinous