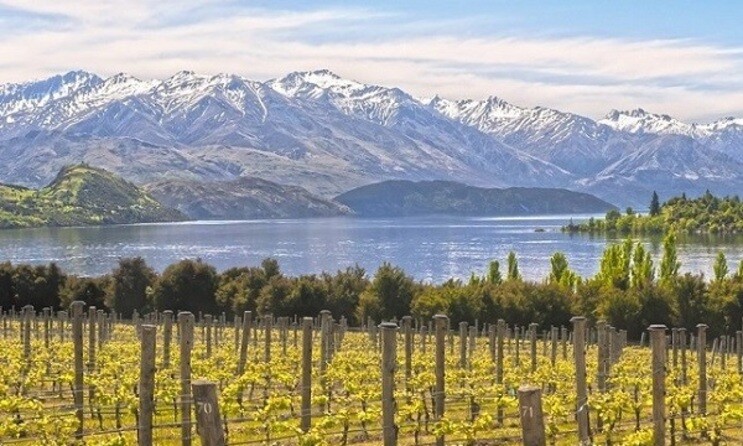 This year, New Zealand is celebrating 200 years since the country’s first vines took root. In September 1819, Yorkshire man and Christian missionary Samuel Marsden planted 100 vines in New Zealand’s far north but it would take a long time for a true wine industry to flourish.

Pioneers and visionaries came and went over the next 150 years with early predictions that New Zealand would soon become a great wine producing nation as accurate as Nostradamus’s prophecy that the world would come to an end in 1999.

A nation dominated by beer and whisky-swilling British immigrants didn’t help New Zealand’s wine’s fortunes nor did strict government legislation regarding the sale of wine. It wasn’t until the 1960s and 1970s that any semblance of a wine culture began to form with a generation of young Kiwis travelling to Europe for working holidays, the creation of food and wine societies in the urban centres, and alcohol laws becoming more relaxed.

It is astonishing how far New Zealand has come in such a short time: the first Sauvignon Blanc was planted in Marlborough in 1975 - within a decade, its distinctive aromas had woken up the palates of international critics. In his autobiography A Life in Wine, Hugh Johnson remembers, “This was Sauvignon Blanc with the volume turned up. I remember the surge of scent, the snap on the tongue, the hundred-amp shock through the system. Like Sauvignon or hate it, here it was in primary colours.”

Instead of turning its nose up, the wine world turned its attentions on this land at the bottom of the earth. In the 20 years since Nostradamus predicted the world was going to end, New Zealand’s vineyard area has more than tripled in size and its vineyards, winemakers and wines are coming of age. In the world of wine, New Zealand remains the new kid on the block. However, the first generation of this modern era, who are heading towards pension age, now have several decades of experience and understand their sites and vines. This confidence in their vineyards has led to a general move away from hands-on winemaking. It is increasingly common to find wines that have taken months to complete their wild ferments, little or no sulphur used during the winemaking process, and bottles whose contents have not been fined nor filtered, leaving all the good stuff in.

While the New Zealand wine scene’s image might be slightly safe compared with the more ballsy Australians across the Tasman Sea, there’s a new generation of young producers pushing boundaries further whether it’s experimenting with varieties including Grüner Veltliner and Albariño, making unconventional blends, fermenting wines in the vineyard, or pushing winemaking techniques to the limit whether that’s 100% whole bunch fermentation Pinot Noirs or skin-contact Sauvignon Blancs.