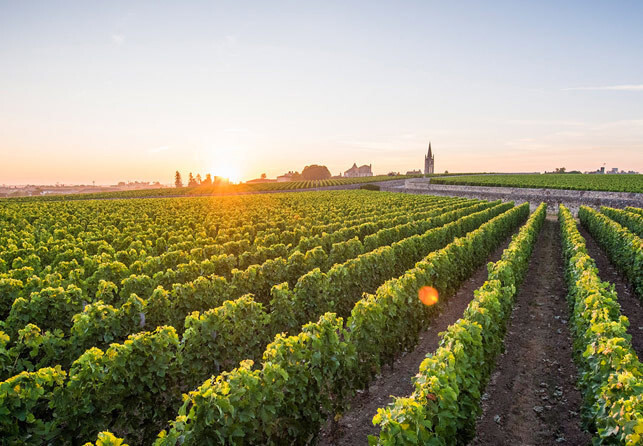 I recently had the opportunity to attend a vertical tasting of Bordeaux from the 2016, 2015 and 2014 vintages (the term ‘vertical tasting’ always prompts some amusement amongst non-wine people – as if the tasting might at some point become horizontal if it goes on too long!)

The tasting included such luminaries of the region as Montrose, Pontet-Canet, Canon and Rauzan-Ségla – to name but a few (it’s a tough job etc..etc..) and proved to be a fascinating vintage comparison.

Over the course of the tasting, two things became very apparent;

I was quite taken with how three vintages of such obvious quality, tasted side-by-side, could be stylistically so different. 2014 is a vintage of what I would call very ‘pretty’ wines – quite classically styled with great poise and sense of place. 2015 is a little showier - as a warmer vintage, the wines are altogether more expressive, with a certain homogeneity of style, and more obvious, riper tannins. 2016, if possible, seems to have it all. It really is a great vintage…some commentators are comparing it to legendary vintages of the 50s and 60s – which is a bold claim, but several Châteaux have certainly made their best wines for over half a century.

All the talk at present surrounds the new vintage, but there are clearly good buys to be had in 2014 and 2015 – and it’s not a terrible time to snap them up whilst they are somewhat ‘under the radar’. It is still possible to buy top wines such as Angélus and Lafite in 2014, and they look comparatively well-priced. Take a look at what we do have in our Fine Wine List

In 2015, I found myself drawn to some of the merlot-based wines of the right bank. There are still some excellent value wines to be had from superstar winemaker Denis Durantou. His ‘Les Cruzelles’ from Pomerol and Montlandrie from Castillon were real highlights. Across the river in Pauillac, Château d’Armailhac will make for very good drinking, and the sought-after Château Lynch-Bages caught my eye as well.

As for 2016, at the time of writing only a small number have been released, so buying decisions wait for the Châteaux to set their prices, but from a purely taste point of view it’s a very hard vintage to ignore. We are obviously tasting unfinished wines, at a very early stage of their development, but their pedigree is evident. I normally find myself landing on the right bank when it comes to claret – and I particularly liked Clos de L’Oratoire and Durantou’s Saintayme - but cabernet sauvignon peformed so well in 2016, that I found myself giving some of my most glowing scores to St-Estèphes, St-Juliens and Pauillacs across the river. Montrose was absolutely fantastic, and will be very popular. More accessible – and accessibly-priced - in St-Estèphe are Capbern, Lafon-Rochet and Ormes de Pez – all of which will deliver a lot of wine for the money. I very much liked Léoville-Poyferré in St-Julien, and nearby Léoville-las-Cases is one of the wines of the vintage. (Las Cases’s winemaker also makes a ‘little’ wine – Potensac – which is great in 2016.) In Pessac Domaine de Chevalier is brilliant as ever, and La Mission Haut Brion breathtakingly good.

So, as a rule I’m usually more Burgundy than Bordeaux, but having tasted these three Bordeaux vintages together – I believe the expression is “I’m in”!