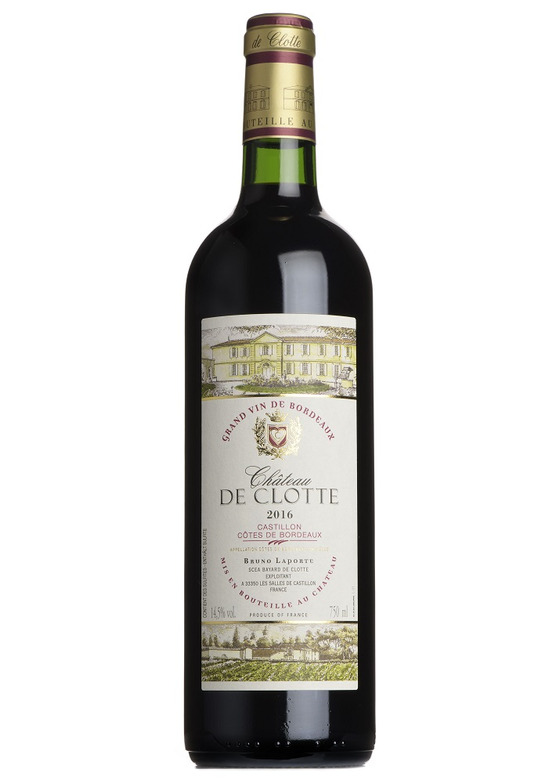 For some of the most sumptuous, best-value Right Bank clarets, go to the Côtes de Castillon. It remains for us the most underrated of all Bordelaises appellations, where Château de Clotte remains among its finest producers. Buy a bottle (or three, six, twelve...) of their perfectly mature 2016 vintage in todays offering, and savour a gorgeously gluggable, richly fruited merlot and cabernet franc blend for well under £15.

With the 2016s rich berry fruit flavours, hints of spice, tobacco and beautifully integrated vanilla-oak notes - all in an everyday drinking red and corresponding price - here is the Bordeaux you love.

Côtes de Where? you may ask. Côtes de Castillon, which lie on a ridge to the east of the Saint-Émilion plateau and enjoy a similar terroir of limestone, gravel and clay. However, as the appellation isn't afforded the advantage of having Saint-Émilion on its labels, top producers like Château de Clotte have a heightened purpose: to harness their full technical and terroir potential and offer the consumer a rivalling level of drinking pleasure at a considerably lower price.

Château de Clotte exemplifies this supremely. Inexpensive, mature, Saint-Émilion-styled drinking pleasure, and much of it.

Tasting note
Château de Clotte has an illustrious history dating from the 13th century and originally owned by the Dukes of Castillon. Their 2016 vintage has lovely rich berry fruit flavours and a hint of spice, tobacco and vanilla from its oak aging. It is still youthful but when opened an hour beforehand, it blossoms in the glass.

Critic reviews
"...I had it marked down for at least twice the price, so classic and sophisticated is it. With intense, ripe, fresh and bitter cherries in the mouth and sweet and savoury spice, its finish goes on and on. Its a cast-iron belter at a derisory price."
Jonathan Ray, The Spectator