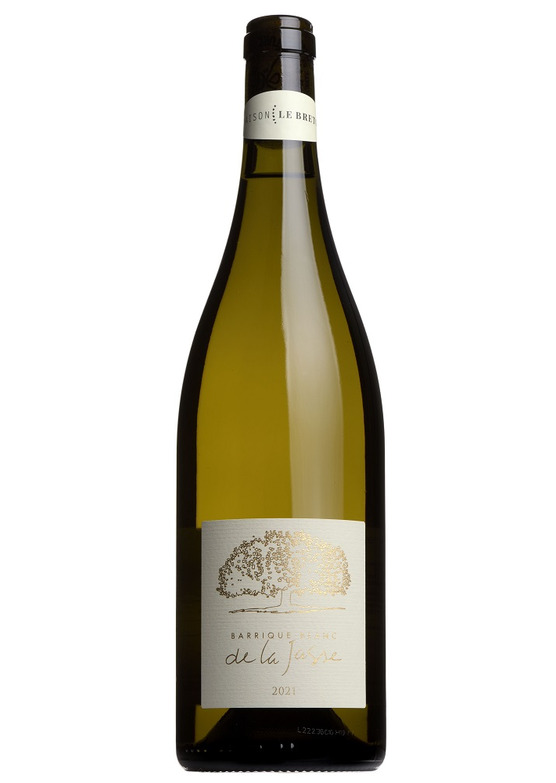 When turning his craftsmanship and terroir savoir-faire to chardonnay, Bruno renders us an elegant and expressive glass every bit as gratifying as his Vieilles Vignes. 'Barrique Blanc' (100% chardonnay, barrel-aged) is sourced from the estate's cooler sites in Limoux, where more temperate micro-climes make for the kind of raciness, concentration and finesse one enjoys in a white wine from the Côte de Beaune. Le Breton's Barrique Blanc is simply a delight to the senses, giving as it does a nose of spring blossom, apricot, brioche and vanilla, and a palate layered with flavours of exotic fruit, clove, roasted hazelnut and buttered toast. A sumptuous pairing with all manner of cuisine.

Domaine de la Jasse is situated some 15 kilometres from Montpellier in the heart of the Languedoc, the most dynamic wine area of Mediterranean France. Its name comes from the shelter and shade, known in the local dialect as jasse, provided by the Domaine’s iconic Plane tree.

This tree, which is over a century old, has provided the inspiration for the La Jasse trademark and logo. Today La Jasse, one of the leading domaines in the region, is recognised for its innovation and advanced techniques. The area is well known for attracting highly talented winemakers such as Bruno Le Breton, who has won numerous top awards with his La Jasse wines. Like the makers of ‘Super Tuscan’ wines, Bruno has chosen not to follow the restrictions of the appellation regulations, choosing instead the freedom provided under Vin de Pays d’Oc rules. This allows him to fully concentrate on creating ‘Super Cuvées’ of the highest possible quality at exceptionally low prices.