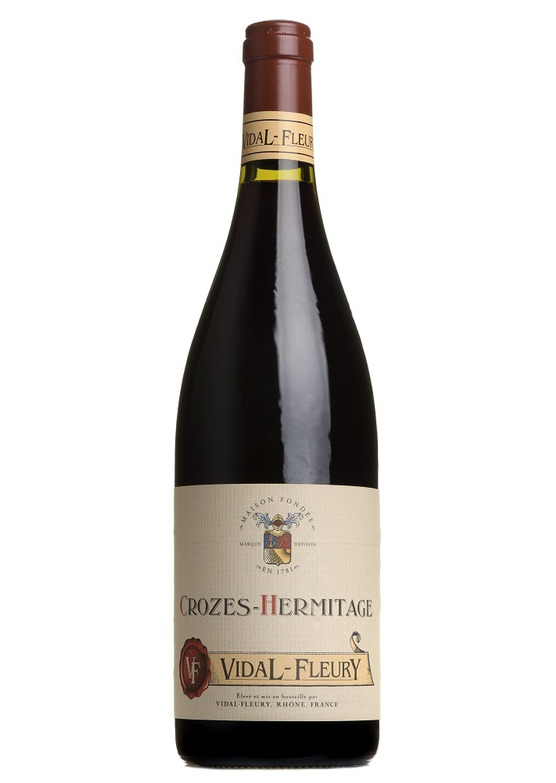 "...Vidal-Fleury Crozes-Hermitage from the northern Rhône is 100 per cent Syrah, aged partly in barrel and partly in foudres before spending six months in bottle. Its full of blackberry/blackcurrant/damson flavours with a touch of sweetness and a long, dry finish."
Jonathan Ray, The Spectator Magazine

Founded in 1781, Vidal-Fleury is located in the midst of the Côte-Rôtie vineyards in the Northern Rhône, and is the oldest continuously operating wine producer in the Rhône Valley. Jonathan Ray describes them as 'Rhône Royalty' and he is not wrong. Since the early days Vidal-Fleury has established a reputation for the production of high-quality wines which show individuality and the typicity of the different Rhône appellations from which they come.

Vidal-Fleury's modern renaissance began in 1984 when it was purchased by the Guigal family whose support allowed the business to flourish whilst still allowing it to operate independently, including a brand new winery allowing Vidal-Fleury to leave their cramped historic cellar and giving them the proper space to age and bottle their wines.