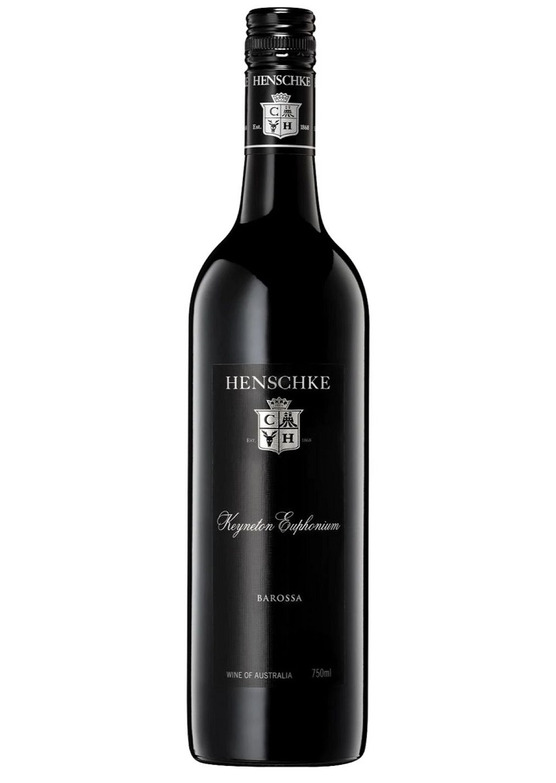 Keyneton Euphonium is a beautiful composition of shiraz from up to 50-year-old vines growing in the Eden and Barossa Valleys, blended with cabernet sauvignon, merlot and cabernet franc from selected vineyards in both regions. The Barossa hills village of Keyneton, pioneered by pastoralist Joseph Keynes in 1842, was a musical and cultural focus for the early settlers, and home to the Henschke Family Brass Band and Henschke winery. Spicy sweet plum, blackberry and cassis with hints of cedar and tar. Sweet fruits, vanilla and blackberries are balanced with more savoury notes of black pepper, dried herbs and cigar box. A rich, ripe and lush palate with great intensity and structure.

"With its blend of 66% Shiraz, 19% Cabernet Sauvignon, 10% Merlot and 5% Cabernet Franc, the 2015 Keyneton Euphonium is a more structured Syrah-based blend than the Henry's Seven. Less generous young, it promises at least a decade of cellaring potential. Hints of cedar and green-edged tobacco appear on the nose, alongside scents of cassis, mocha and pristine earthy notes of clean compost. It's medium to full-bodied, with tannins that are both silky and firm providing focus and length. 2020-2030."
92 points, The Wine Advocate