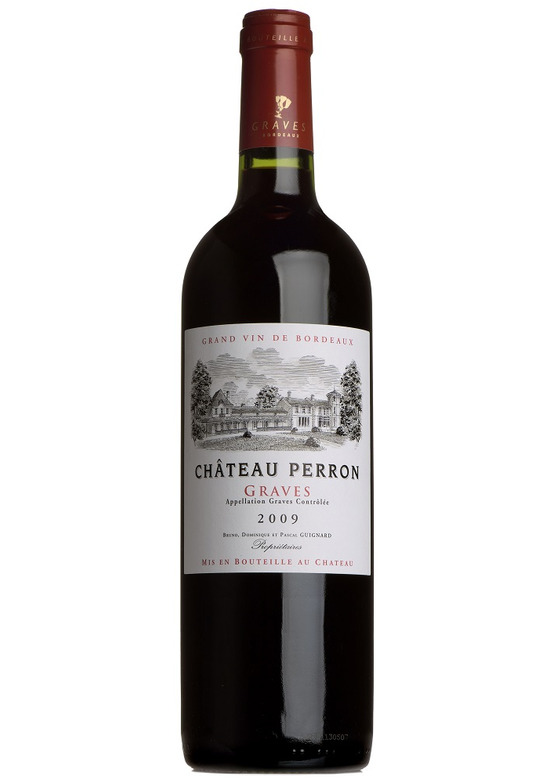 "Finally, as a really peachy bonus, we've the 2009 Château Perron, a wonderfully stylish petit château from the Graves. As you know, 2009 was a stellar vintage in Bordeaux and this is in such irresistible form (and provided such solace the other night) that I just had to add it to the offer. A classic blend of Cabernet Sauvignon, Cabernet Franc and Merlot, its richly flavoured, with lush, juicy fruit and hints of spice, chocolate, vanilla and cedarwood. I love it! "
Jonathan Ray, The Spectator Magazine

Here's how you indulge in exquisite Left Bank terroir as expressed in one of Bordeaux's most historic vintages - and for less than £20 a bottle: 2009 Château Perron, Graves. Set in this gravelly appellation renowned for its precision of fruit and minerality, the Perron estate has elegantly rendered the opulence of one of the best vintages of the century (alongside 2005 and 2010) into graceful maturity - a classic, cab-let cuvée now drinking beautifully.

If you recall the standing ovations and cartwheeling critics that followed 2009s sensational release, you can now take much drinking pleasure in discovering what the fuss was all about these thirteen years on. And continues to be about. An affordable opportunity to experience the intriguing level of complexity only the most exceptional of vintages reach: the 2009 is 60% cabernet sauvignon, 35% merlot and 5% cabernet franc; matured in oak for the 14 months.

A remarkable freshness on an elegantly perfumed nose; luscious black and red fruit also that continue through to an equally fresh, wonderfully balanced palate. Softened tannins, a creamy minerality and hint of spice that stamps the hallmark of classic Graves firmly upon it, yet with all the texture and warmth 2009 provided. Poultry, game and fine cheeses will be severely enhanced.

Robert Parker, Wine Advocate's leading wine critic says "I have tasted enough wines from 2005, 2009 and 2010 to realize that these may be the three greatest Bordeaux vintages I have tasted in my career."