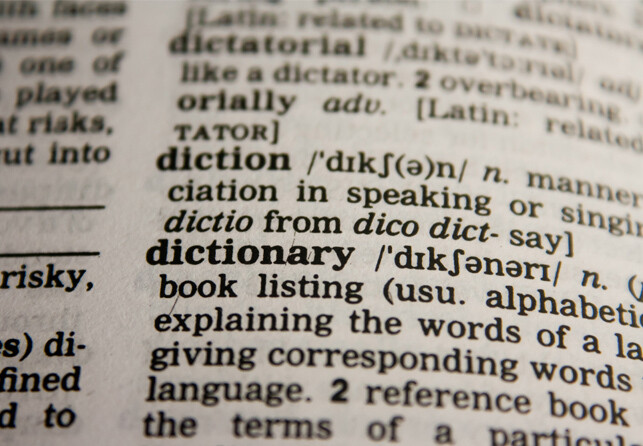 We’re all familiar with the reputation of viniculture and its association with the inexplicable terminology and impossible rhetoric of pretentious wine pseuds. But at Mr.Wheeler, we feel that fine wine and the lexicon that orbits it really needn’t be so impenetrable. Wine often speaks for itself when you sip.

Even so, because we choose better wine at Mr.Wheeler, we think some wine terms are worth defining in an accessible and understandable way. We want to help wine lovers expand their oenological vocabulary along with their palette. Here’s our first A - Z glossary of useful wine terms:

Acidity: the crucial ingredient determining a wine’s freshness. If the acidity is excessive, the wine will taste tart and sour. Too little acidity will result in dull, dreary, lifeless wine.

Angular: angular wine is akin to placing a triangle in your mouth. Angular wines tend to be acidic, hitting your mouth in specific places with high impact.

Balance: winemakers consider this the holy grail. Balance refers to the harmonious blending of a wine’s acidity, alcohol level, fruitiness and tannins.

Big: not a reference to the size of the bottle but a description of the size of flavour in your mouth. This doesn’t necessarily mean fruitiness. Plentiful tannins can lend wine a big flavour, too.

Bond: wine held ‘under bond’ is stored in a customs approved warehouse, where no duty or VAY is payable until its removal from this facility.

Chewy tannins: ingredients in certain wines that dry out the mouth as it passes over the tongue, making you “chew” and salivate to clear these tannins from the sides of your mouth.

Dense: take a sip of Côtes du Rhône, Brunello di Montalcino or cabernet sauvignon and you’ll know what this term means. It’s shorthand for “bold red wine” (but beware: in other wines that are meant to be lighter, it usually means the wine is handicapped in some way).

Domaine: an estate, vineyard or territory that produces wine – typically associated with the wineries of Burgundy.

Earthy: although this term is sometimes used positively (older wines are occasionally described as having a “lovely earthy character), this is typically polite code for wines that are actually under-ripe.

Elegant: contrary to conventional uses of this word, in the world of fine wine this isn’t a compliment. It’s code for what the wine is not: it’s not fruity, it’s not big, it’s not bold, and it’s not opulent. A polite synonym for “underwhelming.”

En Primeur: the method of buying wine before it is bottled and released for general purchase. Wine is usually shipped two springs after release, for example 2016 Bordeaux was released in late spring 2017 and will be shipped in the spring of 2019.

Finish: not a reference to the sad moment when the bottle is empty, but a term referring to how long the wine flavour lingers (sometimes known as a wine’s “length”). A wine that lingers pleasantly, yielding layers of fruit, might be described as possessing “a satisfyingly long, complex finish.”

Food friendly: yet another positive-sounding word that’s actually code for, “Without food, it falls flat on its face.” If wine must be consumed with food to taste passable, it’s lacking that je ne sais quoi that fine wine has in spades.

Grainy: the somewhat gauzy texture of some wines that puts one in mind of a grainy, 16mm film projection.

Grip (or “Grippy tannins”): these wines can only be sipped slowly (as opposed to swallow smoothly) because the kind of tannins they contain dry your mouth further and further with every subsequent sip.

Herbaceous: literally, the pleasing presence of an herbaceous flavour, ranging from thyme to lavender to fennel.

Hint: when sommeliers use the phrase “This wine has a hint of ….,” they mean that a subtle but detectable flavour (e.g., citrus, oak, fruits, herbs, earthiness, etc.) will emerge upon sipping, especially on the finish.

Intensity: a reference to the sensual impact of a wine’s balance of fruitiness, fragrance, alcohol level and tannin level. For example, “Guigal Cotes du Rhone has aromatic intensity.”

Jammy: sommeliers tend not like this word at all. Most people find their hearts lifting upon seeing it, however, with its evocation of a syrupy, cooked berry sweetness characteristic of luscious zinfandels, grenaches and Australian shirazes.

Lay(ing) Down: the process of keeping fine wine in storage to mature, either to be enjoyed or to be re-sold in future.

Late harvest wine: this is a clue that the wine you’re about to slurp is going to be luxuriously sweet (usually, a dessert wine) because, as the name implies, grapes have been left on the vine until late in the picking season and so are particularly ripe.

Magnum: this refers to a bottle with a capacity of 1.5 litres. A double magnum contains 3 litres of wine (equivalent to four standard 750ml bottles).

Mature(ing): the ageing process that develops the depth of flavours and aromas in wine. A wine at “the peak of its maturity” is often at its best, with the right balance of flavour and aroma.

Nebuchadnezzar: Storing a positively gargantuan 15 litres of wine, this is the largest wine bottle size of all (equivalent to twenty standard 750ml bottles).

New World Wine: wines produced in countries or regions outside the traditional wine-growing areas (Europe and the Middle East) where winemaking originated. New World Wines include those grown in Argentina, Australia, Chile, New Zealand, South Africa and the United States.

Piquant: a simple, easy-to-drink white wine blending appealing fruit flavours with just the right amount of acidity to give it some zip.

Qualitätswein: the designation given to German wines of better quality.

Reductive: a wine yielding a somewhat sulphurous aroma, usually caused by being kept in airtight containers during fermentation.

Reserve/Riserva/Reserva: wine that has been aged longer, has higher alcohol levels and is better quality. Only the term “Reserva” for Spanish wines, however, has any official standings or requirements.

Standard: the most common wine bottle size of all, holding 750ml.

Structured: a wine that’s hard to drink because of high tannin levels. Tannins that are unripe can deliver an unpleasantly aggressive quality. Riper, softer tannins by contrast produce a pleasingly rounded drinking experience.

Tannins: found mostly in red wines, these are the chemical compounds that produce the drying sensation drinkers experience on their gums.

Toasty: a wine that’s been oak-aged in medium-plus toasted oak. But don’t expect a “toasty” taste; you’ll get lightly burnt caramel in the finish.

Varietal: a wine produced from a single type of grape and named after that specific variety (a blended wine, by contrast, combines two or more grape varieties after separate fermentation).

Vintage: the year in which grapes are grown and almost always harvested. French wines with 2017 on the bottle will be produced from grapes grown from spring to late summer 2017, and will be harvested from late August to early October, depending on the region.

Viticulture: the science, production and study of grapes.

Vinification: the process of turning grapes into wine by fermentation.

Woolly: often used to describe chenin blanc, this term refers to the distinct aroma of lamb’s wool in a wine.

Yield: the quantity of grapes or wine produced per unit surface in a vineyard.

If you're already familiar with some of the terms we've mentioned throughout this article, why not discover our range of beautifully crafted mixed wine cases and have yourself a very own taste test session!