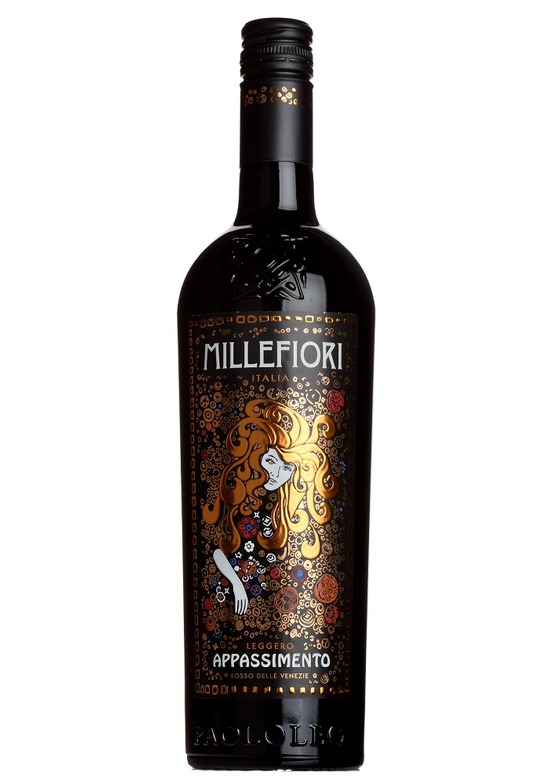 Vibrant red and black berry fruit, on the nose with pronounced notes of cherries, damsons and plums. 12 months ageing in French and American barriques has added hints of exotic spice, coffee and dark chocolate to the luscious, supple blackberry fruit. There is a dark, rich character to the palate, reminiscent of that most famous (and expensive) of Italian reds, Amarone, with a velvety texture but all the time balanced with real class and elegance.

This is a superb red wine which is enjoyed by all and when you consider the wine making craftsmanship required to produce such a wine it's all the more impressive for the price.

Millefiori is made with corvina and merlot grapes from 30 year-old vines. 60% of the grapes are carefully dried for a period of two months, a technique known as 'Appassimento', before being added to the blend after vinification, this results in enormous concentration of aroma and flavour and a beautifully smooth palate