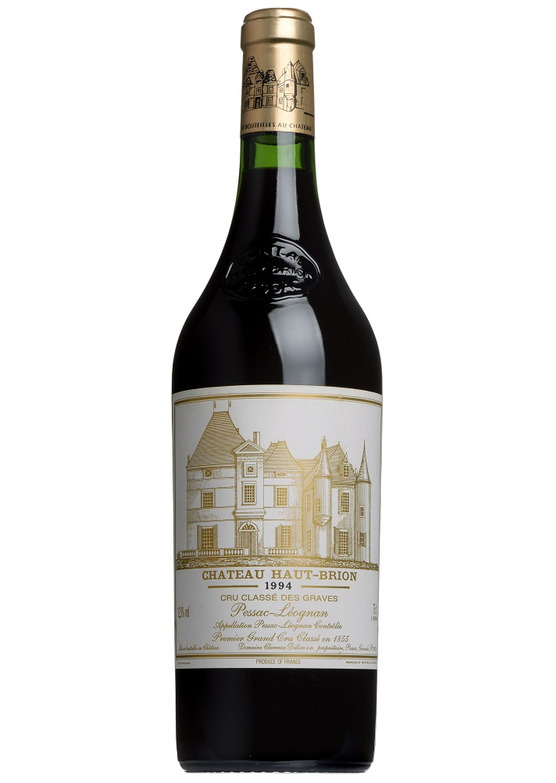 Château Haut-Brion needs little introduction; one of only 5 estates to be classified as a First Growth in the great 1855 Bordeaux classification it is also the only First Growth outside of the Médoc. Credited as being the first truly age-worthy wine, Haut-Brion was first referenced, in 1663, by Samuel Pepys after he tried it in a London Tavern. Several hundred years on, we have this 1994 vintage which, in the words of Pepys himself, 'hath a good and most particular taste I never met with'.

"This is one of the surprise sleeper wines of the vintage which has more successes than many people suspect in spite of all the rain. The tremendous drainage enjoyed by the Haut Brion vineyard worked in its favor during this wet September harvest. The color is deep plum/ruby with a bit of lightening at the edge. Notes of compost, truffle, earth, spice box, dried herbs, and licorice compete with sweet black cherry and currant fruit. The wine is medium-bodied, with a relatively plump, chewy feel to it. It is certainly one of the top half dozen or so wines of the vintage. The tannins are still there, but the wine seems far more accessible than the two bigger wines that Haut Brion produced in 1995 and 1996. Anticipated maturity: 2004-2024"
92pts, Robert M. Parker, The Wine Advocate